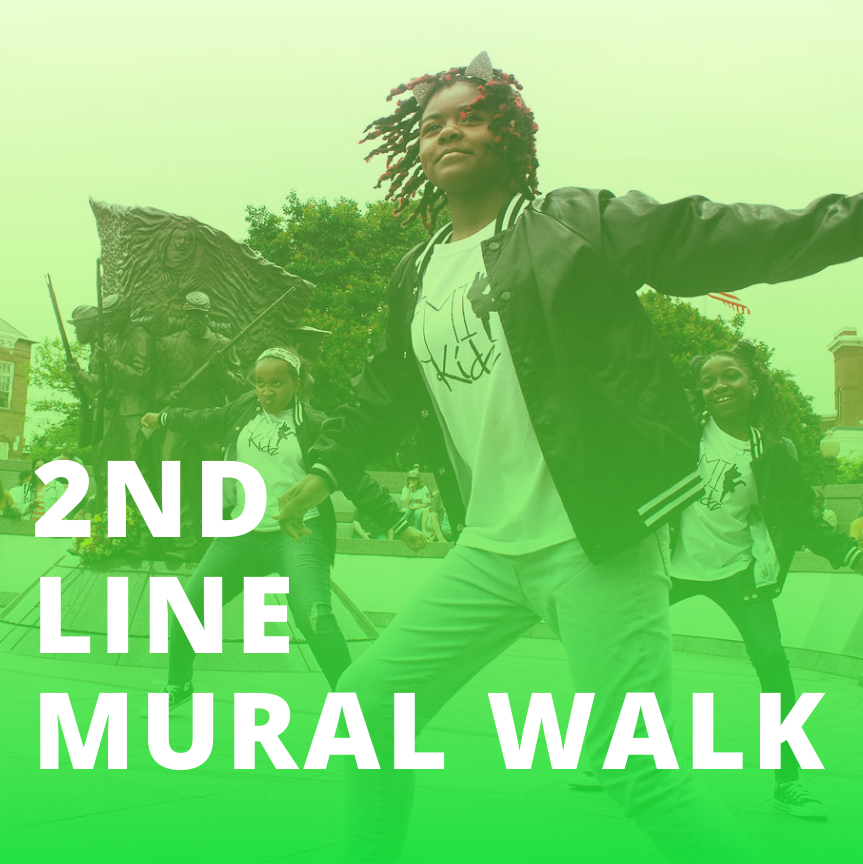 May 4, 2022: Join the Ben’s Chili Bowl Foundation, Briana Thomas (’22 Funk Parade Historian & Author of ‘Black Broadway in Washington DC’) & Off The Mall Tours for a FREE Community Mural Walk through the inspiring murals of the U. St. & Shaw Corridors!

Attendees will even get the chance to enjoy the sites & sounds of New Orleans’ 2nd Line culture from our surprise performers!

More About our Historian Briana A. Thomas:  As a local historian and licensed tour guide, Briana’s writings and research have been featured on ABC, NBC, and CBS. She earned her Master of Journalism degree from the Univ. of Maryland-College Park & a Bachelor of Arts degree in English and Communications from Greensboro College. Before chain coffeeshops and luxury high-rises, before even the beginning of desegregation and the 1968 riots, Washington’s Greater U Street was known as Black Broadway. From the early 1900s into the 1950s, African Americans plagued by Jim Crow laws in other parts of town were free to own businesses here and built what was often described as a city within a city. In “Black Broadway in Washington DC“, Briana narrates U Street’s rich and unique history, from the early triumph of emancipation to the days of civil rights pioneer Mary Church Terrell and music giant Duke Ellington, through the recent struggles of gentrification.

Registration For This Event Has Ended

We Look Forward to Seeing You Next Week!