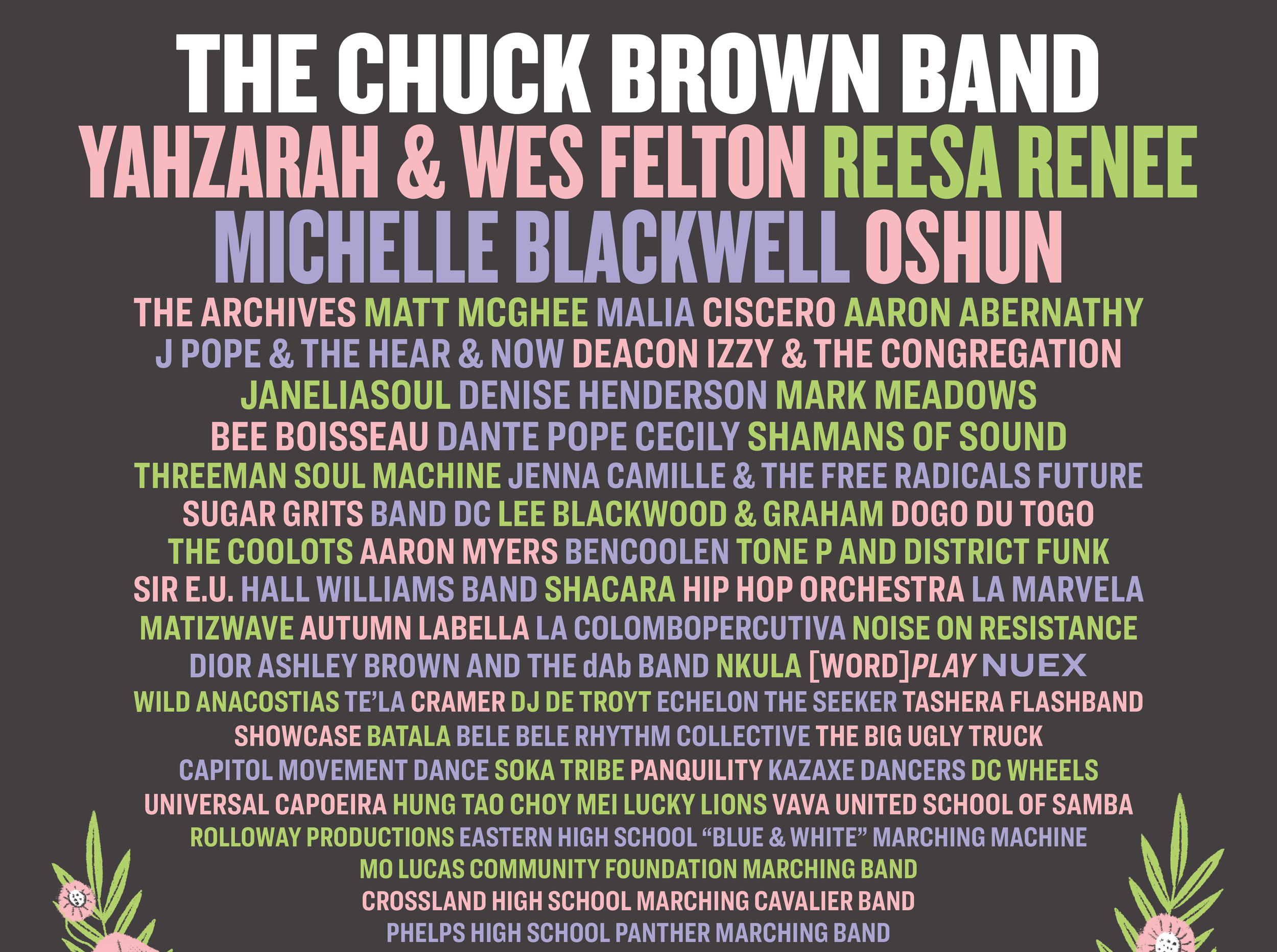 Posted at 20:37h in Uncategorized by funk@funkparade.com

WASHINGTON DC [April 10, 2019] The DC Department of Funk is excited to announce our initial line up preview for the 2019 Festival!  All of the performances will be taking place on Saturday May 11th at over 20 venues and stages around the city. This announcement is just the initial line up with more bands, performers and schedule details to be released in the coming weeks.

For the 6th year in a row the lineup includes some of the city’s best and most promising artists, as well as performers from around the country and world. This year’s festival features a large number of new faces who have either not been a part of the event in the past or have not played in a couple of years. Our initial list of performers include:

FESTIVAL – 1:00pm – 7:00pm – Takes place throughout the U Street Neighborhood.  This year’s festival will feature 5 different stages and performance areas and additional activations happening throughout the neighborhood. Stage line-ups and stage locations will be announced shortly .

PARADE – 5:00pm – 6:00pm – The Parade is open to everyone to join.  Bring trumpets, trombones, drums, noise makers and join our Marching Bands and dance troupes as they make their way from the Howard Theatre to the Lincoln Theatre.  What does Keepin The Funk Alive mean to you? Show us through your participation in the parade.

NIGHT MUSIC FESTIVAL – 7:00pm – Festival goer can check out live music at over 15 venues throughout the city the night of Funk Parade.  The $10 Night Music Festival Wristband is your way to support the future of the festival and the continued work of The MusicianShip.  Showcases will be taking place at: Prince Hall Lodge, Tropicalia, DC9, Pearl Street Warehouse, Songbyrd, Archipelago, Local 16, Sollys, Ben’s Next Door, Velvet Lounge, Marvin, Busboys & Poets, The Saloon, Bin 1301, Jo Jo’s, Shaw Tavern and Fainting Goat.  The full schedule of performances will be posted on the website in the coming weeks but follow Funk Parade on social media for links to individual showcases. The featured showcase at Prince Hall Lodge requires its own wristband. https://www.funkparade.com/wristbands